That’s really the only way to describe it. 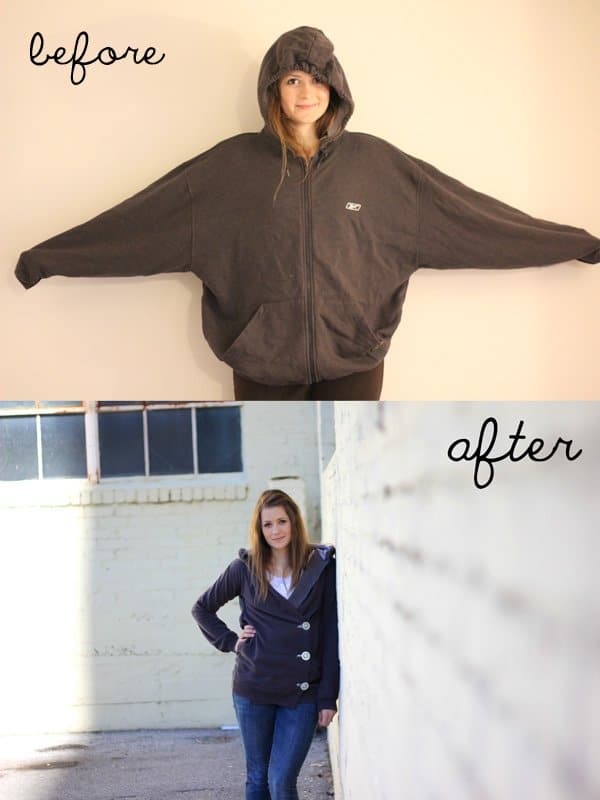 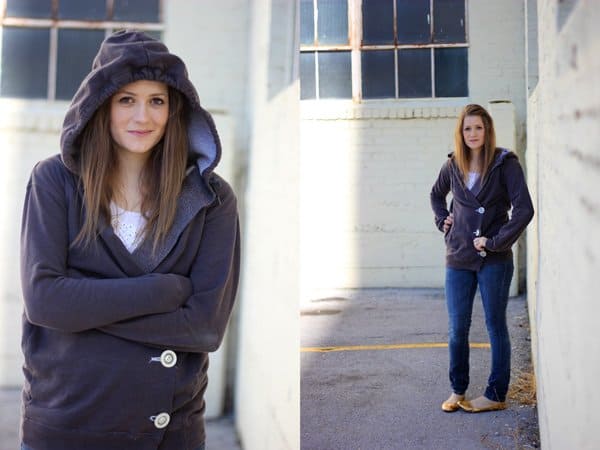 I’ve seen too many cute little hoodie refashions around to not make one myself. This old sweatshirt used to be one of my brother-in-laws. Not sure which one. But don’t worry, I washed it on HOT! (jk, thanks for the sweatshirt!)

This hoodie was an XL before I started. I trimmed it down, took in sides, added darts and pleats and now it’s probably a billowy medium. I didn’t fit it too much, because it’s still a sweatshirt, and I like them cozy! 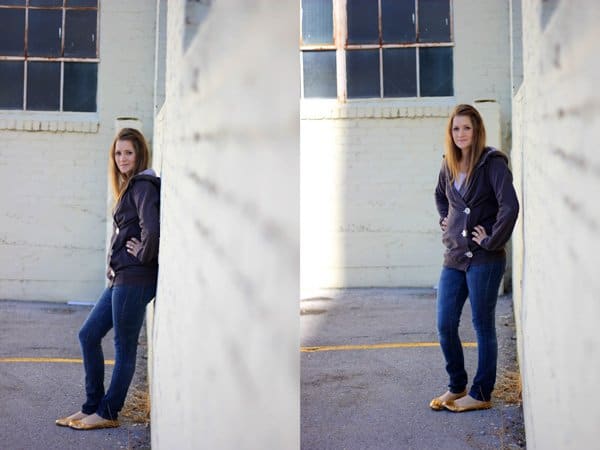 Here’s what I did: 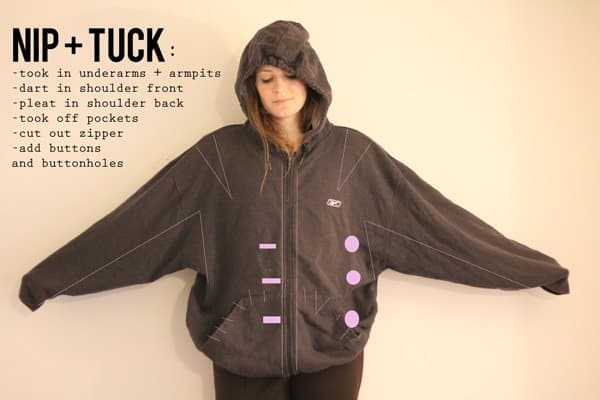 I’m pretty sure these pictures are hideous. Like my pj pants? I know. These totally look like a “before” dieting picture, right!

Step 1: Sew up underarm and cut out extra fabric. I tried on my big sweatshirt and eyeballed how much I wanted to take it. I didn’t want to take it in too much to make it skin-tight but I definitely wanted it to be a lot more feminine. 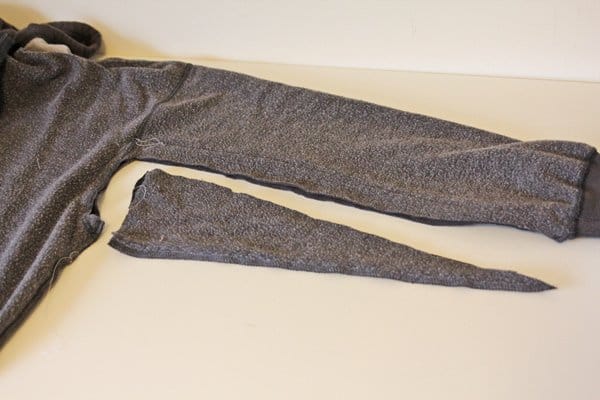 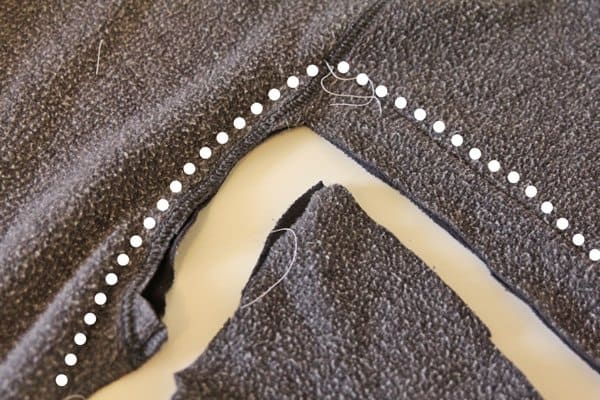 Step 2: cut out zipper and unpick pockets. I had to cut the bottom of the pocket off since it was sewn into the ribbing. 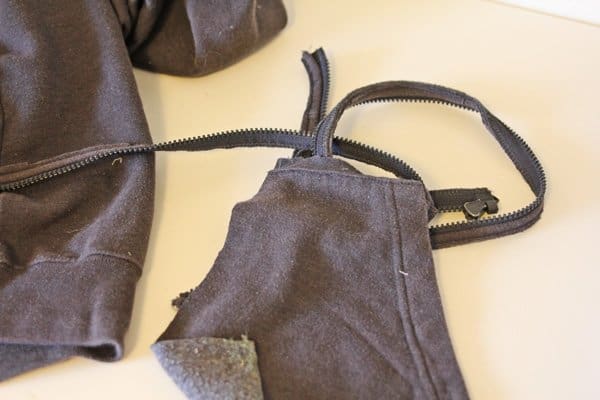 Step 3: Shoulders. My sweatshirt’s shoulder seams were sagging off my arms, so I made a dart in the front, about 6″ long and a similar pleat in the back. Use the nip/tuck guide above to see a better illustration of the dart.

This is the front, the dart comes to a point. 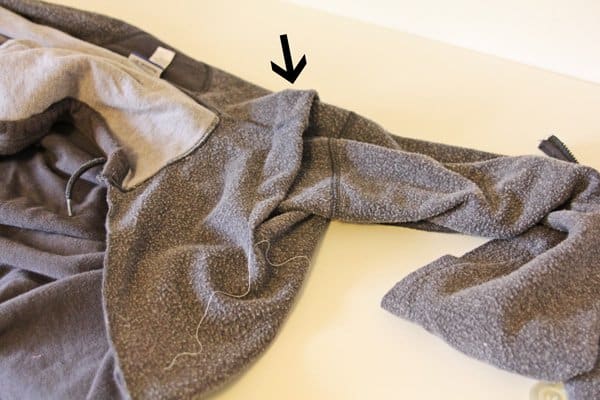 back:  Instead of ending this pleat in a point, just backstitch at the end instead. This will give the back of your hoodie a cute little pucker. 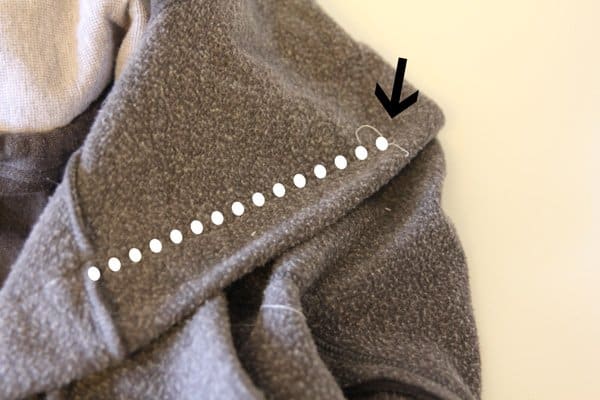 Step 4: Bring one side of your sweatshirt over across your body and decide where you want the buttons and buttonholes to go. Use a little bit of fabric underneath your buttonholes as a stabilizer for the knit. 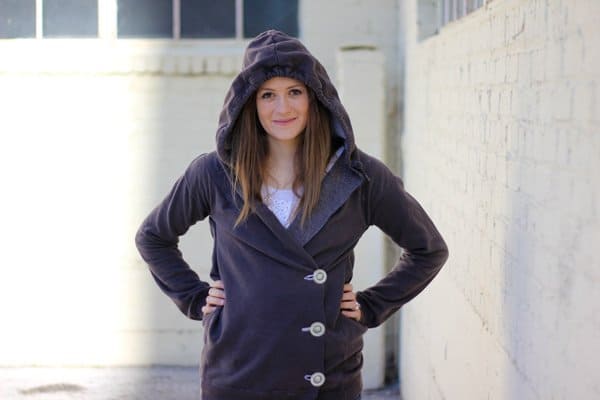 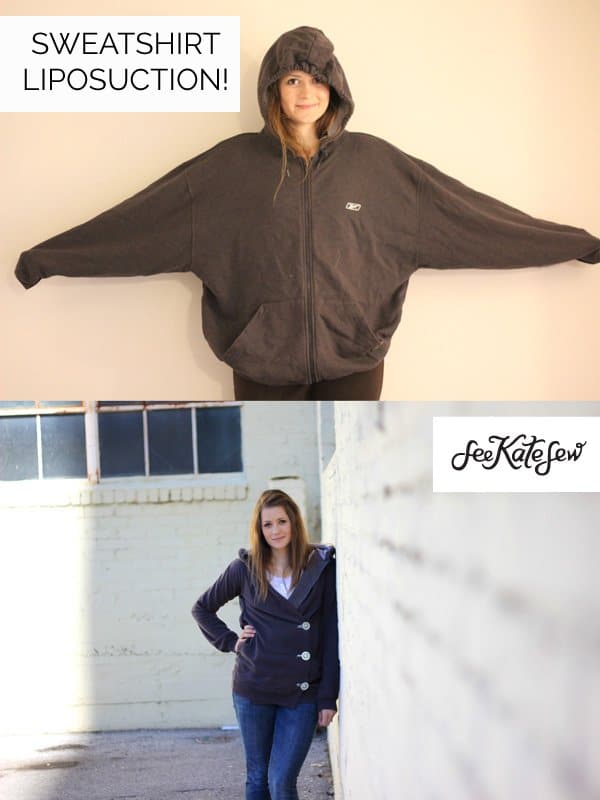 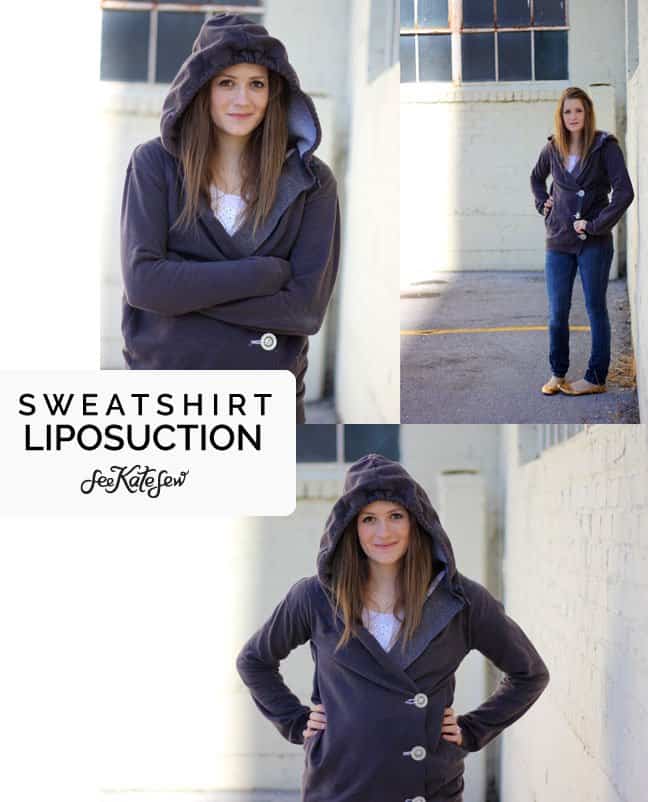 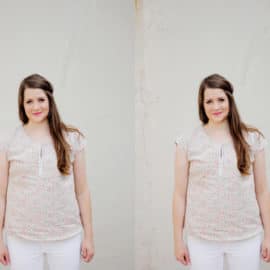 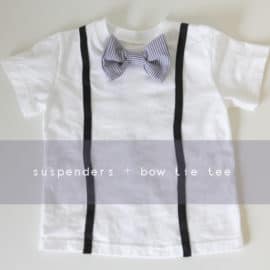 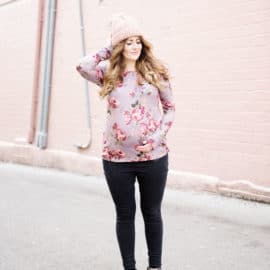 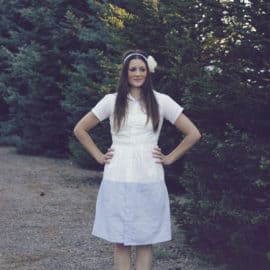